Coronavirus information: For Local advice and vaccination centres in Suffolk 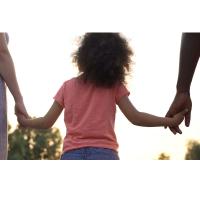 Neuro (nerves) developmental (how the nerve pathways carrying messages to and from the brain are created) involves the brain’s influence on how your body functions. Everyone’s brain works in different ways but Neurodevelopmental challenges and or/difficulties, such as Autism and Attention Deficit Hyperactivity Disorder (ADHD), may mean the way you see, hear or feel the world is different to others. Some experiences may include social, communication, concentration and memory difficulties.

Why are the improvements being made?

It is hoped that the improvements will create more positive experiences with children, young people and families who have concerns about Autism, ADHD and/or behaviours that challenge (sometimes known as NDD).
One of the key improvements of the pathway is that it is a ‘needs led’ approach with access to support with or without a diagnosis.

The improvements to the Neurodevelopmental Pathway will be reviewed after a trial period to see how well they are working for families.

Please see FAQs below about accessing support from the new improved Neuro-development pathway.

What is the Neurodevelopmental pathway referral criteria?

The new clinical processes will initially cover children and young people up to the age of 18 but Voluntary support services that are available will be covering a variety of ages up to 25.

Once we have reviewed progress on this pathway and seen how this develops with families, we can look at making improvements to support for the 18-25 age group.

Who will receive my Neurodevelopmental referral?

The Children’s Charity Barnardo’s have recently joined the partnership within the Neuro-development pathway and will be receiving referrals for this service to co-ordinate and guide parents and carers to the support that is needed.

The completed Neurodevelopmental referral form will be reviewed by a group of experienced clinicians who have joined together from Suffolk County Council, Norfolk and Suffolk Foundation Trust and West Suffolk Foundation Trust Integrated Community Paediatric services who will discuss, carefully consider the information presented in order to guide familes to the support that may be required.

I am a parent/carer, how do I make a referral to the Neurodevelopmental Pathway?

Your family and this one Professional (key worker) must complete the form together.

The form is in three parts. Your family or Professional will be able to access a copy of the referral form through contacting Barnardos via email NDDAdmin@barnardos.org.uk.

Parents and carers who need help to find a professional/key worker who can help them complete the referral form can email Barnardo's for support through this email address.

I am a professional/key worker, how do I access the Neurodevelopmental Pathway referral form

If you are approached by a family to be the supporting Professional for their Neurodevelopmental Pathway referral, please contact children’s charity Barnardo’s, who who have recently joined the partnership, and will be receiving referrals for this service.

Barnardo’s will be able to provide you with a copy of the pathway referral form. There is specific information that we require from you, as a Professional which is detailed in the associated referral form guidance which Barnardo’s will also send you.

If help is required for you to complete the referral form with the family, Barnardo's can help to assist you.

What support is available to my family once my referral has been submitted?

As mentioned, this is a new way of working and feedback will be monitored in the coming weeks and months. However, Barnardos will aim to contact you within 10 working days of receipt of your Neurodevelopmental Pathway referral.

Some of the support, advice or guidance outcomes you may receive from your referral form could be:

These Voluntary Services include:

Please contact Barnados through NDDAdmin@barnardos.org.uk if you need further information about these Voluntary Services.

Print
Add to My Shortlist